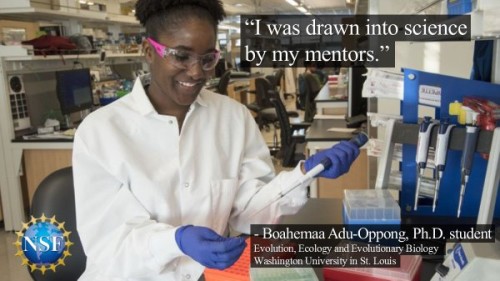 FREE and OPEN to Junior Academy of Science members and all middle and high school students in grades 6-12 from throughout the region. Registration required. Space is limited! Register Below Today!

At Teen Science Cafes, teens have the opportunity to interact with science professionals in an informal and relaxed setting. Teen Science Cafes are presented and powered by Junior Academy of Science Youth Leadership Council members.

What is the first thing that pops into your head when you hear the word bacteria? Do you think about community, environment, protection, diversity? Boahemaa Adu-Oppong thinks about those four terms constantly as she researches bacteria.

In this interactive and insightful Teen Cafe on How Scientists Study Bacteria, you’ll play the role of a scientist who has just sequenced a ton of bacteria, but unfortunately someone in the lab mixed up the labeling! Your mission, should you decide to accept it, is to unscramble the mixed up labeling to figure out what environment you are studying. 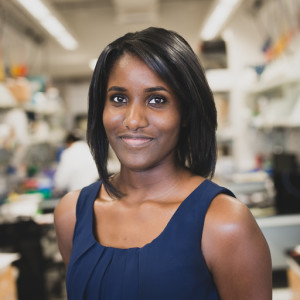 My name is Boahemaa Adu-Oppong and I never knew I wanted to become a scientist. As a child of immigrants from Ghana, West Africa, I grew up wanting to become a medical doctor. I would often dress up as a doctor with a white lab coat and stethoscope for every Halloween or career day. My mom would often refer to me as her future doctor and my twin as her future lawyer. However, little did we know that instead of chasing after those dreams, we would veer off onto a path reflecting what was truly important to my mother. Education.

My twin and I were born in Dallas, Texas and by the age of four we moved to Houston, Texas. My parents didn’t have much when they entered this country. My dad had completed his college degree in Ghana and wanted to purse a medical degree in the states but was unable to do so because he had to work to take care of his family. My mom was a grade school teacher in Ghana but was unable to use her certification in the states so she worked retail and fast food during my early years. My twin and I attended 3 different grade schools by the time we were in the 6th grade. My mom felt that once her daughters were no longer challenged at a given school, it was time to move to find another school that would suit us intellectually. That’s when she discovered KIPP Academy, Knowledge is Power Program. We weren’t selected by the lottery system our 5th grade year but we were part of the lucky few to be selected our 6th grade year. Attending KIPP changed the trajectory of my life. We were introduced to college at an early age and to the concept of boarding high schools. I told my Earth Science teacher that year that I wanted to be the first in my family to attend Rice University. He chuckled and said that’s a great goal to have. Fast forward 6 years later, I had an acceptance letter to Rice University and he was the first person to congratulate me and remind me of that exact moment.

As a freshman in college, I was determined to be a medical doctor. I had joined all the pre-med societies and even met with the Pre-Health advisor the first week of school. She advised me to take Intro Biology even though I had AP Biology credit, not knowing that taking this class would be the key reason I decided not to pursue an MD. I attended one of the discussion sections where there was a graduate student who looked like me teaching the session. As she started talking about this amazing organism that displays the extreme form of altruism (dying so that their relatives could live), I wanted to know more. I think she could tell I was dying to learn more because she ended the lecture saying if we wanted to do research and find out more about the organism, we could. I jumped out of my seat and quickly got her contact information. That summer I was working in the lab. Doing research from my freshman year to my senior year completely threw a wrench in my career goals. I no longer was convinced that I wanted to be a medical doctor and I wanted another year to decide. Luckily, my professor offered me a job as her technician for a year and I took that opportunity. For that year, I worked in a lab and I became a part time scribe. I saw firsthand what doctors in the ER had to do during their shifts and I contrasted that to life as a scientist. I reflected on why I wanted to be a medical doctor and knew the main reason was to help people. I didn’t realize that as a scientist you can still help people, not by prescribing medicine, but by mentoring, creating new medicines, and new protocols for treating diseases. I decided to apply to graduate school and pursue a PhD in Ecology, Evolution and Population Biology. As a graduate student, I didn’t want to simply generate knowledge for society but to also give back since the reason why I decided to pursue a PhD was truly because of the impact my professor had in my life. I volunteered with the Young Scientist Program and quickly transitioned into leadership to help with the organization of the program. Through volunteering with this program, I have been able to meet so many students in the St. Louis area and have been truly able to call St. Louis my second home. Changing career goals not only opened my eyes to new opportunities but to people who I will cherish forever.

A Note to Parents from Our Teens: Parents, our teen leaders respectfully request that you plan on dropping off your student, or waiting in the library during the cafe.