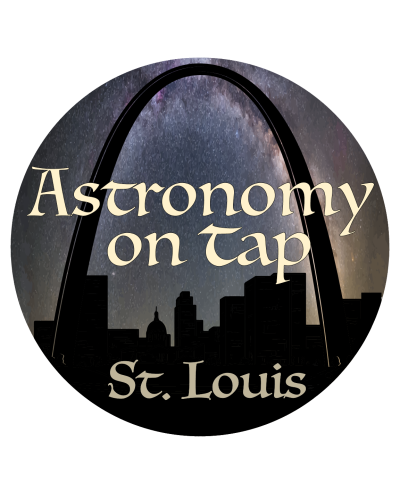 Registration not required. FREE. Open to the public. All ages welcome! Free parking Urban Chestnut east side lot, or street.

Two short talks on science, trivia in the middle, prizes at the end, and soft drinks, beer, and food available for purchase the whole time!

In 1998 two separate teams of researchers, contrary to expectations, observed our expanding universe is accelerating. What is the mysterious force behind this acceleration? We don’t know, but we call it dark energy; and it is one of the most important problems in modern physics. And the fate of our runaway universe? It might depend on what dark energy is.

Astronomy on Tap and Science Distilled STL are brought to you in partnership with The Academy of Science – St. Louis. Special thanks to program sponsor, the Whitney R. Harris World Ecology Center at the University of Missouri – St. Louis.