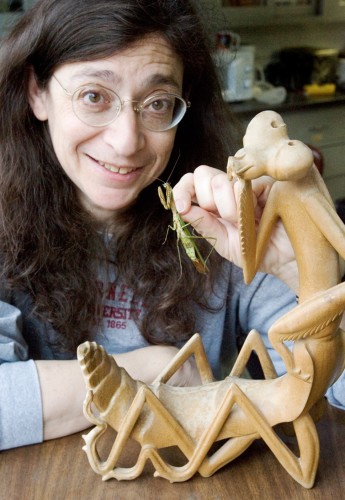 Free and OPEN to ALL. Junior Academy members and middle and high school students are welcome and encouraged to attend. Reservations not required. Parking is free in the Zoo North Lot.

Did you know that one out of every three bites of food you eat depends on pollinators? Honeybees, bumble bees and other insects and animals pollinate over 90 percent of the planet’s flowering plants and one third of human food crops. Groundbreaking American entomologist, Dr. May Berenbaum, talks about her current research on insect-plant co-evolution and why it’s important to sustainable management practices for natural and agricultural communities.

May Berenbaum is a 2014 recipient of the National Medal of Science and the 2011 Entomological Society of America Tyler Prize for Environmental Achievement. She has authored numerous magazine articles and six books about insects written for the general public.  Berenbaum is the original organizer of the Insect Fear Festival, a festival of some notoriety held annually at Urbana–Champaign that combines popular film screenings with discussions of insects and an insect petting zoo. She conceived of the idea as a graduate student at Cornell University, where it was deemed undignified.