How to Tame a Fox and Build a Dog 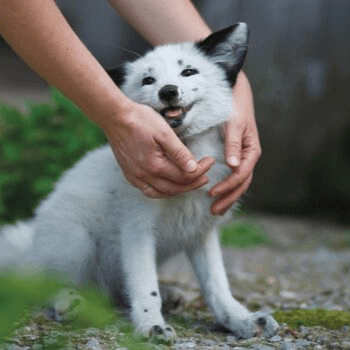 Featured Speakers and Co-authors of, How to Tame a Fox and Build a Dog: Visionary Scientists and a Siberian Tale of Jump-Started Evolution:

What defines a dog? For the last six decades, a dedicated team of researchers in Siberia have been domesticating silver foxes to replay the evolution of the dog in real time. It’s the longest running experiment in animal behavior. Together, evolutionary biologist and science historian, Lee Dugatkin, along with Lyudmila Trut, the project’s lead scientist since 1959, tell the story of the science, politics, adventure, and love behind one of the most astonishing experiments in breeding ever undertaken — the speeding up of thousands of years of evolution into a few decades in order to witness the process of domestication. 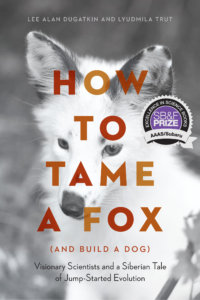 How to Tame a Fox and Build a Dog opens up to reveal story after story. Inside this tale of path-breaking science in the midst of the often brutal -35° winters of Siberia is a remarkable collaboration between an older, freethinking scientific genius and a trusting, but gutsy, young woman. Together, they risked not just their careers, but their personal freedom, to make scientific history. You’ll find yourself lost in this extraordinary story of the silver fox domestication study’s dedicated and openhearted humans, the wild animals they domesticated, and the deep and abiding attachments that developed between them.

Praise for How to Tame a Fox and Build a Dog

Books available for purchase and signing by the authors following the presentation.

How to Tame a Fox and Build a Dog is a Conservation Conversation of The Academy of Science – St. Louis and the Saint Louis Zoo, co-sponsored by the Living Earth Collaborative Center for Biodiversity.