Missouri Wilderness: The Citizen Campaign that Protected More than 71,000 Acres of Missouri Wildlands 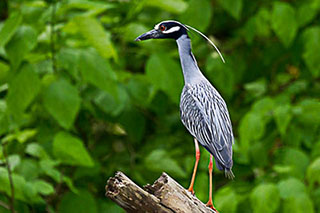 Wild places are balm to the human spirit, and in the U.S., a reflection of the iconic American sensibility to explore. During the 1970’s a grassroots citizen campaign identified and resulted in the ultimate protection and designation of eight tracts of federal land in Missouri under the National Wilderness Preservation System. This is the story of that campaign, the resulting designations, and the meaning and importance of these areas for Missouri’s natural and cultural heritage. Join former Missouri State Parks director, John Karel, for a first-hand account of the Missouri wilderness movement.

Presented in conjunction with the photographic exhibition, “target=”_blank”>50 Years of Wilderness: Through the Lens of Missouri’s 8 Wilderness Areas, on display at the Missouri History Museum from August 31 – February 2, 2014.

To be held at: