Peaceable Bonobos, Violent Chimpanzees, and The Evolution of Human Behavior 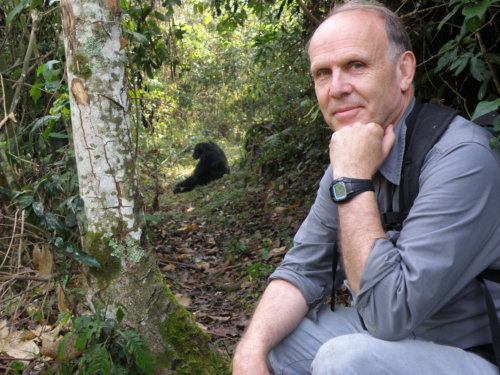 Dr. Wrangham, a primate behavioral ecologist, has studied wild chimpanzees in Kibale National Park, Uganda, since 1987. He is the recipient of a 1987 MacArthur Foundation fellowship and is a Fellow of the American Academy of Arts and Sciences and the British Academy.

Domesticated animals such as dogs, pigs, and horses often sport traits such as floppy ears, patches of white hair, and other features that are rare or unknown in their wild ancestors. These traits—collectively referred to by scientists as a “domestication syndrome,” are found when selection favors reduced aggression. Drawing from his new book, The Goodness Paradox, Richard Wrangham shows that our cousin apes, the bonobos, also exhibit a domestication syndrome, and he suggests why they do so. Self-domestication is likely a widespread phenomenon in the wild, even appearing responsible for the origin of our own species, Homo sapiens. 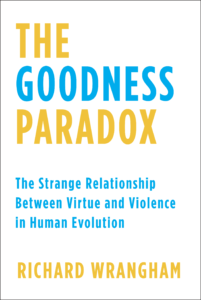 Copies of The Goodness Paradox available for purchase and signing by the author.

Praise for The Goodness Paradox

“A fascinating new analysis of human violence, filled with fresh ideas and gripping evidence from our primate cousins, historical forebears, and contemporary neighbors.”
—Steven Pinker, author of The Better Angels of Our Nature

Peaceable Bonobos, Violent Chimpanzees, and The Evolution of Human Behavior is a Conservation Conversation of The Academy of Science – St. Louis and the Saint Louis Zoo, co-sponsored by the Living Earth Collaborative Center for Biodiversity.