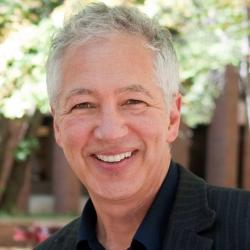 Registration required. FREE to the first 10 registrants, $10 per person thereafter. OPEN to ALL. Space is limited. Middle and high school students welcome. Register below. Parking free in surrounding lots.

University of Missouri St. Louis criminologist and Founders professor, Richard Rosenfeld, examines four issues that emerged during the protests and community unrest associated with the killing of Michael Brown by a Ferguson, Missouri, police officer in August of 2014: (1) crime rates and the demographic composition of Ferguson; (2) the “Ferguson effect” on crime in St. Louis; (3) existing research on police use of deadly force; and (4) the need for improvements in information and data on police use of deadly force across the United States.

On Science: Saints and Sinners mini-Series is an Academy of Science and OASIS St. Louis Series featuring Informative sessions on the timely topics and pressing issues in science and contemporary society with some of the region’s top scientists and engineers, innovators and inventors.