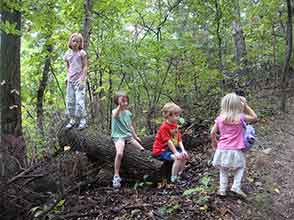 The 2013 National Climate Assessment draft has been released for public review until April 12, 2013 at the National Climate Assessment and Development Advisory Committee website. This report, produced by more than 240 authors representing federal agencies, academic institutions, private industry and non-profit organizations, concludes that climate change, once considered an issue
in the distant future, has moved firmly into the present.

This panel will explain the science behind the report, some implications for our region and what is being done at the national and international level to address this issue.

Featured Speaker: Donald Wuebbles, Harry E. Preble Professor of Atmospheric Science at the University of Illinois
The planet is warming. Climate model simulations reinforce scientific understanding that observed variations in global average surface temperature over the past century can only be explained through a combination of human and natural factors. The majority of the warming is due to emissions from fossil fuels such as coal, oil, and natural gas.

Current Climate Change Impacts on Agriculture
Featured Speaker: David Lobell, Assistant Professor in Environmental Earth System Science and Associate Director of the Center on Food Security and the Environment at Stanford University
Models that link yields of the four largest commodity crops to weather indicate that global corn and wheat production declined by 3.8 and 5.5%, respectively, relative to what would have occurred without climate trends. For soybeans and rice, winners and losers largely balanced out. Climate trends offset much of the yield increases that arose from technology advances in these crops.

FREE and OPEN to ALL. Adults, teachers, middle and high school students, and the general public are invited to attend. For more information call 314-646-4544 or 314-533-8586. Registration not required.

Conservation Conversations are underwritten in part through the generous support of Cooper Bussmann.