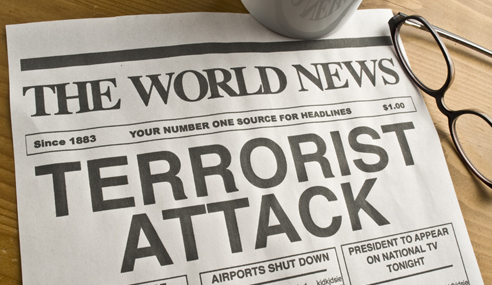 How do seemingly normal people become attracted to terrorist groups? What is it that brings them beyond curiosity to a place of action? Join Aaron Kustermann, Chief of Intelligence with the Illinois State Police, as he discusses how terror organizations recruit new members and the surprisingly sophisticated materials and modern technologies they use to influence both their members and potential recruits, and the general public. Along the way he shines light on what history and the last several years of indictments tell us about the demographics of recruits and how those demographics differ from country to country.

Presented in conjunction with the traveling exhibition, Spies, Traitors, Saboteurs: Fear and Freedom in America, on display at the Missouri History Museum from February 6, 2016 – May 8, 2016.