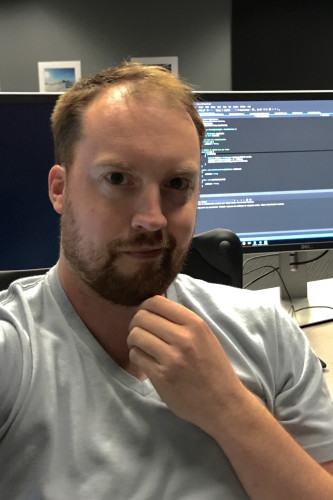 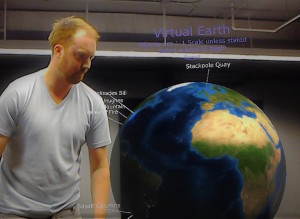 It’s a centuries-old pursuit—from the description of pinhole images of the sun in early Chinese mathematical texts, to the 16th century’s camera obscura, and Eastman’s introduction of the Kodak camera in 1888, to today’s digital images and computational photography—humans have been using photographic images to tell stories, visualize and record scientific data, and explore the cosmos.

Virtual and augmented reality technology provides a new and exciting platform for scientific visualization. Seismologist and research scientist, Dr. Martin Pratt talks about Washington University’s Fossett Laboratory for Planetary Exploration and its use of augmented reality and Microsoft’s HoloLens to explore both Earth and Mars-based data. He discusses how the Lab is using photography to generate virtual 3D models of everything from a planet to an atom to create immersive, data-driven visualizations that convey complex 3D structures. And he shares his work with a planetarium show that uses both visuals and sounds to explore seismology and the structure of the Earth. It’s a panoramic story on the use of photography in science today you won’t want to miss.

Taking Pictures is being presented in conjunction with the Museum exhibition, Panoramas of the City, on display at the Museum from September 2, 2017 – August 12, 2018.