The Land of Cinnamon and Gold: 500 Years of Amazon Science and Exploration 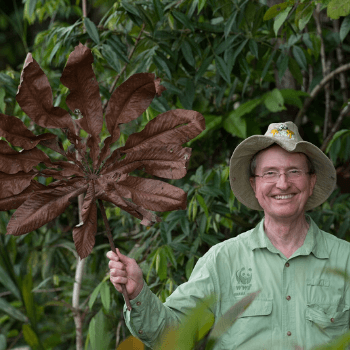 The Amazon is as big as the 48 contiguous United States and represents the greatest terrestrial repository of biodiversity on Earth. The Amazon river system contains 20 percent of all the world’s river water and more species of fish than any other river. It has been inhabited for millennia by very sophisticated indigenous tribes, some of which remain uncontacted. Not surprisingly, the Amazon has drawn the attention of scientists and explorers. Thomas Lovejoy presents the highlights of exploration and science from the 1539-1541 expedition of Francisco de Orellana up to the present day.

The diversity of life on Earth represents an enormous living library on which the life sciences can build. Humanity should value biological diversity like all societies value libraries.
—Thomas Lovejoy

About Thomas Lovejoy
Known as the “Godfather of Biodiversity,” in 1980 conservation biologist, Thomas E. Lovejoy, along with E.O. Wilson, coined the term “biological diversity.” Active in Amazon science and conservation since 1965, he is credited with having brought the global tropical deforestation problem to the fore as a public issue. This celebrated champion for global conservation efforts and conservation biology research, includes influential stints under his belt as the former Chief Biodiversity Advisor to the World Bank, Assistant Secretary for Environmental and External Affairs at the Smithsonian Institution, Executive Vice President of the World Wildlife Fund, biodiversity chair and president at the Heinz Center for Science, Economics & Environment, and numerous high-level advisory positions in the Reagan, George H. W. Bush and Clinton administrations. Dr. Lovejoy conceived of the impactful debt-for-nature swaps and the Minimum Critical Size of Ecosystems project, published the first estimate of global extinction rates (in the Global 2000 Report to the President), and founded the public television series Nature. You can read more about this accomplished ecologist and his work at the interface of science and environmental policy HERE.

The Land of Cinnamon and Gold is a Conservation Conversation of The Academy of Science – St. Louis, the Saint Louis Zoo, and the Living Earth Collaborative Center for Biodiversity. Special thanks to co-sponsors the Whitney R. Harris World Ecology Center at the University of Missouri-St. Louis, the American Association of University Women, and the Tuesday Women’s Association of The Ethical Society of St. Louis. 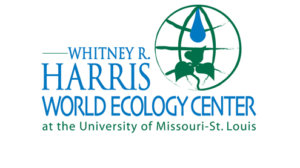