The Story Collider: Stories About Science—Reverberations

Join us from the comfort of home for this exciting evening online as we livestream four true, personal stories about science from St. Louis! We’ll be live from the St. Louis Public Radio Community Room at 7 pm CST (8 pm EST) with a limited audience for this living-room style show.

Free and Open to All. Contributions accepted. REGISTRATION REQUIRED. CLICK HERE to REGISTER!

Sam Lyons and Charlie Blake
This show is held in collaboration with St. Louis Public Radio. 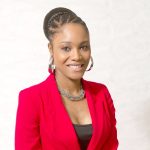 Dominique Scott was born and raised in St. Louis, Missouri. She attended Incarnate Word Academy high school and Saint Louis University where she earned a Bachelor of Science in Chemistry, a minor in Mathematics, and pledged Delta Sigma Theta Sorority Incorporated. She earned her Master of Science in Scientific Management and Leadership from Webster University. Dominique currently works in the pharmaceutical industry as an External Operations Quality Engineering Manager for a major pharmaceutical company. 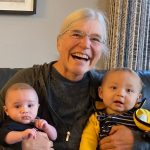 Debbie Char is grateful that along with silver hair, aging has offered opportunities to do what she loves. She gets to teach math at St. Louis Community College at Forest Park, sing with an LGBTQ chorus called CHARIS, share her love of books with preschoolers as a Ready Reader, cook suet for birds and meals for people in homeless shelters, bike in Forest Park, tend a tiny garden, explore the city with her husband and rescue mutt, play with her two grandbabies, and go to bed early. 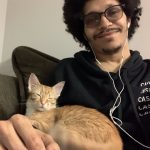 Sam Lyons is a comedian, musician, writer, and Gilmore Girls enthusiast—and not always in that order! He joined the Story Collider staff with an aversion to science, but the practice of sharing his own stories and helping other tellers to share theirs has opened his eyes to how science is all around us, ready to embrace without strangling. You can likely catch Sam and his partner Emma feeding feral cats in an alley near you. 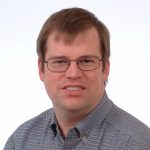 Greg Krumrey is a software engineer at an aerospace company in the St. Louis area. He graduated from the University of Missouri-Rolla (now Missouri S&T) with an Electrical Engineering degree as well as two semesters of computer science. Upon graduating, his major (EE) became a hobby, and his hobby (computer science) became his career.

Greg’s hobbies include but are not limited to: Digital and Analog Photography, Music, Karaoke (as both a singer and DJ), Reading and Writing Science Fiction (published in two anthologies), Teaching, Programming, Computers, Technology in General, Making, Building, Remodeling, and Steampunk Costume and Prop Construction. In his limited spare time, he also serves as Treasurer, Program Chair, and occasional author and presenter for the St. Louis Area Mensa.

The Story Collider: Stories About Science—Reverberations is a special partnership presentation of St. Louis Public Radio, The Academy of Science – St. Louis, and Missouri University of Science and Technology. 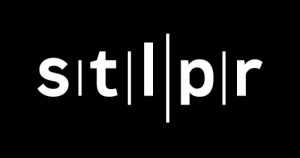