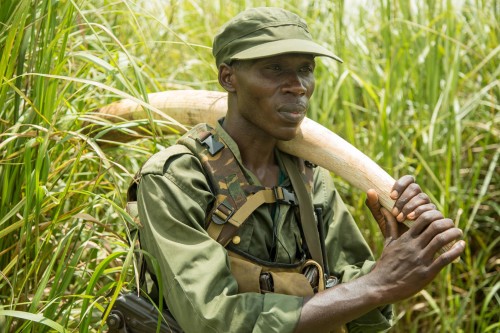 – film and lecture by John Heminway

Free and OPEN to ALL.  Junior Academy members and middle and high school students are welcome and encouraged to attend.  Reservations not required. Parking is free in the Zoo North Lot.

Featured Speaker: John Heminway is an award-winning writer and filmmaker, with a focus on nature, science, history, and Africa. Heminway’s 2013 broadcast, Battle For The Elephants, was voted Best Conservation Film at the Jackson Hole Wildlife Film Festival in 2013. Its sequel, Warlords of Ivory, linked to a National Geographic cover story, which premiered on August 30, 2015, has had geo-political impact in the U.S. and overseas.

Using new technology, the film documents the torturous route illicit ivory takes across Africa, putting this great species in jeopardy across its range, and destroying many human lives along the way. John Heminway discusses his ideas of the elephant’s future and shows how hope lies in a new approach to facing wildlife crime.