Without Consent: Contextualizing Cold War Army Tests in the City of St. Louis, 1953-1965 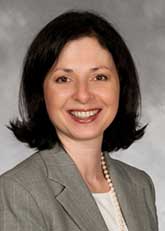 Between 1953 and 1965, the U.S. Army conducted covert aerosol tests in predominantly minority areas in the city of St. Louis without consent, using a cover story of protecting the city from aerial attack. According to Army documents, they purposely targeted a “densely populated slum area” in the city. Sociologist, Lisa Martino-Taylor, Ph.D., sheds light on this secret Cold War program within the broader context of secret military tests, including covert radiological tests on human subjects without consent.

Presented in conjunction with the exhibition Question Bridge: Black Males on display at the Missouri History Museum from February 23 through June 30, 2013.

To be held at: