The Transactions and Importance to St. Louis

During its heyday from 1860-1960, Transactions was an internationally recognized journal that reflected The Academy of Science – St. Louis and its members’ deeply held belief that it was their responsibility to convey to the general public as well as the scientific community, the latest in scientific discoveries and knowledge that came with the opening of the American West. Members of the Academy worked closely with those who were part of westward expansion – people such as fur traders, explorers and other scientists and naturalists dedicated to discovery.

Even though The Academy of Science – St. Louis’ has made many changes since its founding in 1856, with the publication of the Transactions of the Academy of Science of St. Louis, the Academy established deep roots within the St. Louis region, becoming known as a steadfast and reliable resource for promoting and translating research and scientific learning to the general public.

Today, as it was when it was first founded in 1856, the Academy of Science of St. Louis continues to be dedicated to the promotion and advancement of science. 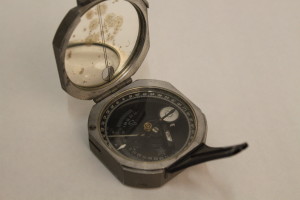 The Academy actively promotes interest in the sciences to students, adults and educators, by hosting events that highlight scientists and engineers from the surrounding St. Louis area. The Academy also hol 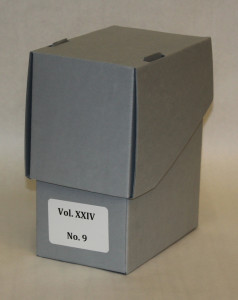 To increase public interest in science, engineering and technology, enhance scientific literacy, facilitate the improvement of science education and foster a creative environment for scientists, engineers and technologies to encourage future research and advancements that will benefit the earth and its inhabitants. –The Academy of Science of St. Louis, 1856

Progress of Science in St. Louis since 1856

The Academy of Science – St. Louis is a vital part of the St. Louis scientific community. Its success flows from the drive and dedication of its many members and volunteers and a local scientific community generous with and eager to share its time and resources. Academy programming remains accessible to all with room for anyone interested in exploring the excitement and adventure of science – professional and amateur scientists and naturalists, business people, medical specialists, engineers, educators, families and students.

The world has changed dramatically since 1856, but some things never change. Just as in 1856, the spirit of The Academy’s founding members lives on in the work of today’s Academy of Science of St. Louis. Today, The Academy continues to highlight discoveries and innovations in science and technology, making connections to the region’s scientific communities by inviting the general public to talks, workshops, field trips, panel discussions and hands-on experiential programs and events presented by The Academy. 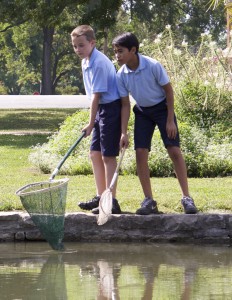 Academy events featuring members of the region’s scientific and engineering communities, are held throughout the region and offered free, or for a modest fee, to make it possible for the broadest range of adults and children to interact with professional scientists and engineers and engage in science and STEM (Science, Technology, Engineering and Math) learning, pursuits and careers.

Since its inception, the Academy has promoted the recognition of the impressive scientists of St. Louis. This tradition continues with the Annual Outstanding St. Louis Scientists Awards. Each awardee represents both an extraordinary caliber of expertise and a dedication to fostering science literacy. The Fellows of the Academy of Science – St. Louis is a prestigious association of St. Louis scientists and engineers of national reputation. Many Academy Fellows are recipients of the Academy of Science – St. Louis Outstanding Scientists Awards, including the Peter H. Raven Lifetime Achievement Award, Science Leadership Award (Individual), James B. Eads Award, Trustees Award, Academy Fellows Award and George Engelmann Interdisciplinary Award. To learn more about our Fellows, please use this link here. 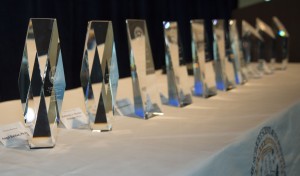 The Academy focuses the region’s attention upon individuals and institutions known worldwide for their scientific contributions to research, industry, and quality of life. In every category, preference is given to candidates who also have a record of excellence in communicating with the public or mentoring colleagues.

With the emergence of today’s many new fields of science, tech start ups and innovation hubs, in many ways, St. Louis and its scientific communities may appear vastly different than they did when The Academy was first founded in 1856; but what remains the same is the indomitable spirit of exploration that has always defined this City by the River. When we look ahead to tomorrow through yesterday’s lens, we see how the scientific discoveries The Academy’s early founders felt were so important to share with the community and the wider world, continue to inform today’s discoveries and innovations and shape our future.

In order to find out more about science in St. Louis today, click on the link below to view all of our interviews with local scientists and view some of our recorded seminars and lectures.